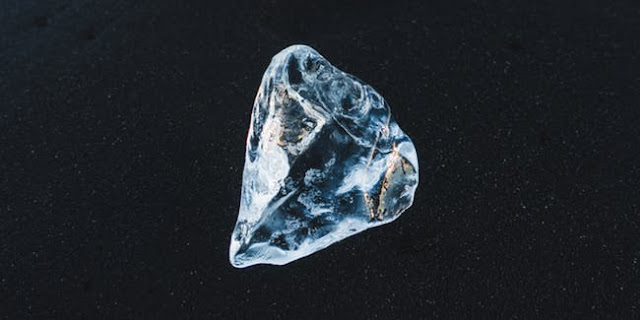 The primordial Earth’s active volcanoes and shallow seas would be unrecognizable to earthlings of today. But deep underneath the surface, scientists suspect there are traces of the planet’s chaotic past. Thanks to some some “superdeep” diamonds in Brazil, described in Science on Thursday, we now have confirmation that there’s an ancient reservoir holding clues about the early evolution of our planet.

The 24 superdeep diamonds discussed in this new paper were pulled from small, remote mines in the Juína region of western Brazil. They act as geochemical messengers from deep below, containing traces of helium isotopes that have been sequestered away in a “primordial reservoir,” allowing them to survive billions of years of upheaval beneath the Earth’s surface.

Lead study author Suzette Timmerman, a Ph.D. student studying diamonds at Australia National University, tells Inverse that this reservoir may hold clues to understanding how the Earth evolved over time. 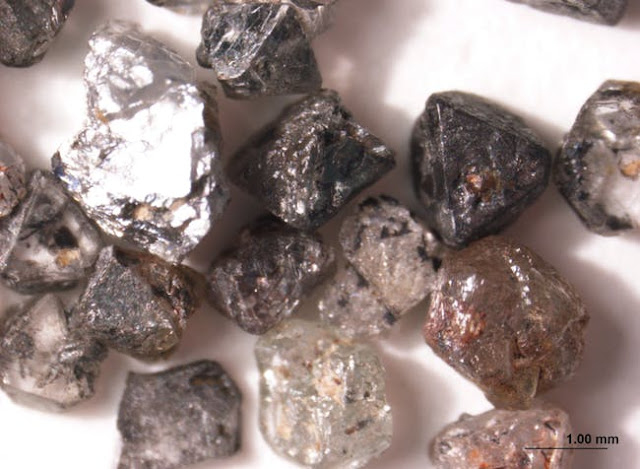 "Superdeep" diamonds from Brazil showed signs that there's an ancient reservoir of helium that's been undisturbed over the course of Earth's history.

Traces of a “Primordial Plume”

These superdeep diamonds may not look as resplendent as the ones we’re used to seeing in jewelry, but their value comes from a quality beyond their beauty. Because they form between 230 and 800 kilometers (about 140 to 500 miles) beneath the Earth’s surface, they can carry a lot of information about what’s going on down there. Specifically, they contain traces of two helium isotopes: helium-3 and helium-4.

These two isotopes turned out to be very important. There are only trace amounts of helium-3 on Earth, but it’s very sought after for its potential as a fuel in fission reactors. Some naturally occurring helium-3 in the mantle is thought to have accrued on our planet over time. Helium-4, on the other hand, is far more naturally abundant and is also produced by radioactive decay. That means that typically, we expect to see more helium-4 than helium-3.

But in some places, scientists have noted far more traces of helium-3 than you might expect to see based on it’s typical abundance. For instance, it’s more abundant than it should be in “ocean island basalts” — essentially plumes of lava that erupt beneath the ocean floor and eventually go on to form islands. That’s the process that formed Hawaii and Iceland.

This unexpectedly high abundance in the superdeep diamonds suggests that helium-3, which is sometimes called the “primordial isotope”, is actually locked away beneath the surface in a type of reservoir that’s helping boost its numbers.

Our studied superdeep diamonds in particular, have confirmed an ancient reservoir.” 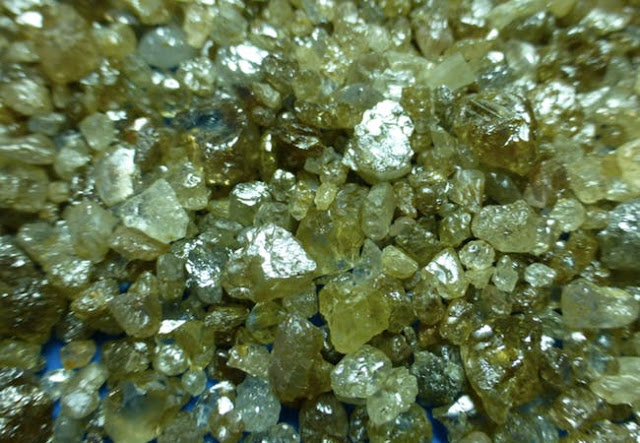 In 2013, a paper published in Nature Geoscience noted that the helium we saw in ocean island basalts likely came from one of these reservoirs. But they speculated that there may be another “deep, still enigmatic, source that must have been isolated from processing throughout Earth history,”

Timmerman and her team believe that they’ve found traces of that “enigmatic” reservoir in these superdeep diamonds.

Specifically, she observed that some of these diamonds tended to have “a clear increase” in helium-3 and corresponding but smaller increases in helium-4. That ratio, as these authors note “supports the presence of a primordial helium-3 plume.” Therefore, this helium reservoir almost certainly does exist, and because of the depth of the diamonds themselves Timmerman explained that we now have a better sense of where it is.

“From the geochemistry of the diamonds, we know that they formed in an area called the ‘transition zone’, which is between 410 and 660 km below the surface of the Earth,” she added. “This means that this unseen reservoir, left over from the Earth’s beginnings, must be in this area or below it.”

In essence, these diamonds from deep within the Earth’s surface are carrying the remnants of materials that shaped our planet during its earliest days. And though they might not fit on an engagement ring, they one day may prove even more valuable.