Elon Musk is Blocking People Who Say Photographers Should Be Credited 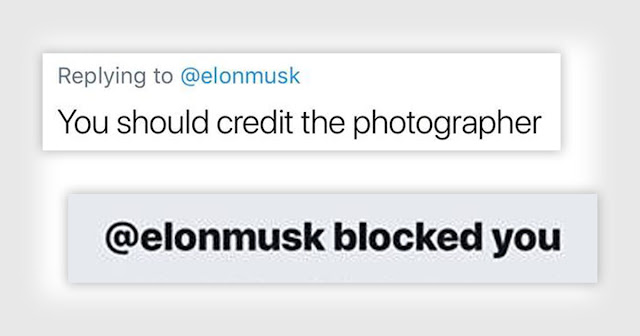 If you enjoy following Elon Musk on Twitter, be careful not to call him out on posting photographers’ work without permission or credit. Multiple people just got blocked by the Tesla and SpaceX entrepreneur for doing just that.

It all started yesterday when Musk Tweeted a photo of a lightning strike to his 27+ million followers with the text “Ride the lightning!” The photo has gotten over 1,000 comments, 6,000 Retweets, and 70,000 likes. 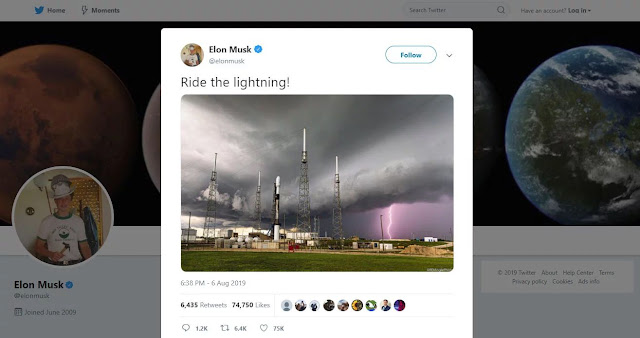 It turns out the photo was shot from the bus at the launch pad by photographer Richard Angle, who has shot many launches over the course of his career — you can find more of his work on his website and Instagram. But Musk didn’t credit Angle at all for the photo aside from the tiny watermark that was left in the bottom corner of the image.

The photographer Tweeted a short message about the “exposure” last night before going to bed: When photographers and other creatives saw Angle’s message, they jumped to his defense and started calling for Musk to respect copyright and not publish work without permission and credit. 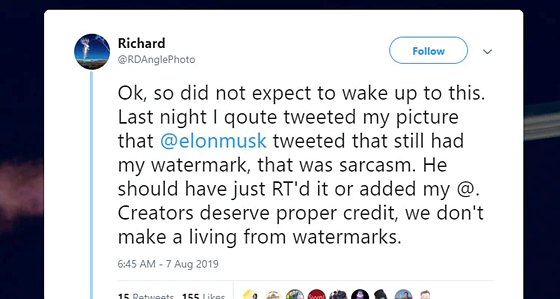 “[Musk] should have just RT’d it or added my @,” Angle writes. “Creators deserve proper credit, we don’t make a living from watermarks.”

To add insult to injury, Musk appears to be actively blocking those who are calling him out over this copyright issue. One photographer got blocked for simply Tweeting Musk the message, “You should credit the photographer @RDAnglePhoto.” 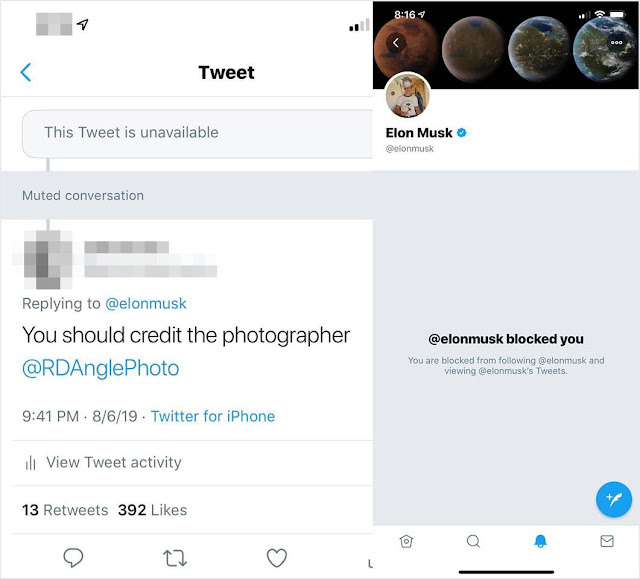 At least three people — two photographers and a writer — have been blocked by Musk after they spoke out for Angle.

Other people are siding with Musk, with Angle responding to one by explaining that this watermark “exposure” doesn’t pay the bills. 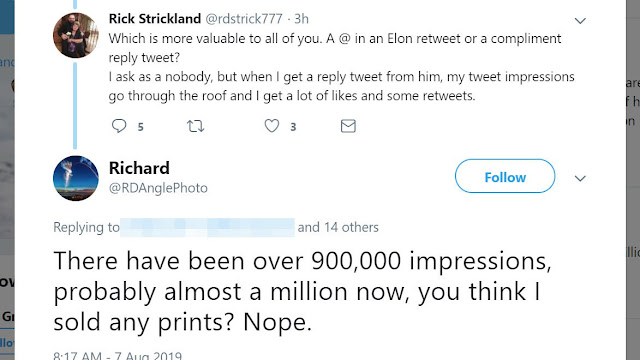 “I appreciate everyone that said I deserved credit for my work, we all do,” Angle says, adding that he appreciates everyone “who got blocked by Elon.

I appreciate everyone that said I deserved credit for my work, we all do. Thank you @johnkrausphotos and @13ericralph31 and anyone else who got blocked by Elon, I don't think you should have, you are just doing what's right.
— Richard (@RDAnglePhoto) August 7, 2019

“I don’t think you should have, you are just doing what’s right.”