Forget foam. This fluid-filled helmet mimics your brain to protect your head 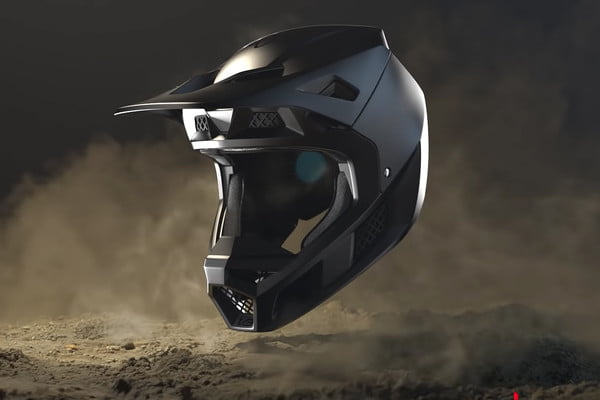 In recent years one of the most important areas of research in the field of sports medicine has been the effects of head trauma on the health of an athlete. Research indicates that while a sudden, sharp strike to the skull can cause serious damage to the brain, frequent smaller impacts can cause as much or more trauma when repeated over time. Left unchecked, this can lead to memory loss, impaired vision, slowed reaction times, and in extreme circumstances even Parkinson’s disease or Alzheimer’s. With the severity of these injuries becoming more and more evident, sports equipment manufacturers are searching for new and improved ways to protect the brain. One such company has taken a very innovative approach, looking to the human body itself for cues.

Using more than 25 of years of research related to head trauma, Fluid Inside has created an adaptable protective system that is based on the human body’s natural defenses. In order to protect our brain from potentially-damaging impacts, our bodies have evolved to include a thin layer of liquid that serves as a shock absorber of sorts. When our head hits something hard, or is struck by an outside object, it often causes the brain to slam into the side of the skull. The fluid that surrounds the brain is meant to slow down or prevent that impact from happening, thus avoiding or minimizing the trauma as much as possible


“The fluid that we use inside the pod is a low-viscous, organic oil-based liquid that really isn’t all that unique or special.”

Most of the time this defense system works very well, and we suffer little or no damage. But a particularly jarring hit can exceed the limits of the fluid, causing more serious damage. This can result in dizziness, concussions, or other conditions depending on the seriousness of the blow. To avoid those situations while taking part in our favorite sports, we generally wear a helmet that can offer a greater level of protection from a violent impact. Helmets worn by cyclists help to keep the head safe in the event of an unexpected crash for example, while those used in football or hockey are designed to lessen the intensity of regular and repeated collisions.

At the core of Fluid Inside’s approach to protecting an athlete’s head and brain is something called the Fluid Pod. These rather nondescript looking pads line the inside of every helmet that uses the company’s system. The pods are filled with a liquid that closely mimics the cerebrospinal fluids (CSF) that serve as the first line of defense when protecting our brains. The company’s pods do much the same by creating an additional buffer that can absorb the energy generated from an impact and minimize how much of that energy is transferred on to the head. 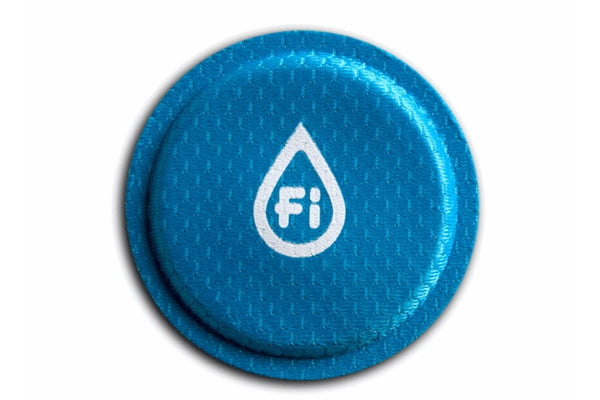 Fluid Inside’s Fluid Pod, a small pad containing an oil-based liquid that’s designed to dampen and disperse the energy impacted upon the head.

“The fluid that we use inside the pod is a low-viscous, organic, oil-based liquid that really isn’t all that unique or special in and of itself,” Mike Chiasson, Fluid Inside’s head of product communication, tells Digital Trends. “While it plays an important role in protecting an athlete’s brain, it is just one part of a much broader system.”

Chiasson further explains that the Fluid Pods help to dampen and disperse the energy created by an impact to the head, but that alone doesn’t help to keep an athlete well protected. To further take advantage of the pod’s protective abilities the pads are placed inside of a helmet based on the specific needs of a given sport. In other words, the interior of the helmet isn’t just simply lined with the pods, but instead uses them in strategically important positions. This allows manufacturers that license the Fluid Inside system to place the pods where they are most effective, while also taking into account ventilation, weight, and other variables too.


“[Dr. Hoshizaki] didn’t necessarily set out to create helmets, but his studies led him in that direction.”

The Fluid Inside design takes things one step further by decoupling the helmet and the pods, allowing all of the parts that make up the system to move independently of one another. This further allows it to mimic the protective system found inside the brain, simulating the effects of the CSFs when absorbing both linear and rotational energy created by an impact. This, combined with the Fluid Pods and sports-specific design, makes the system flexible enough to be used for just about any type of activity, including cycling, skiing, mountain biking, and hockey.

For each of those sports, the inside of the helmet is carefully mapped in order to protect the wearer from the most common injuries associated with the particular activity. But how does the company know which head injuries are the most likely to occur in a given sport? That knowledge comes as a result of years of research by Dr. Blaine Hoshizaki, an expert in the field of brain trauma that are the result of sports injuries. Professor Hoshizaki has been studying that topic for more than two and a half decades and even created a leading research facility ash the University of Ottawa called NISL (Neurotrauma Impact Science Laboratory). The lab has been instrumental in spearheading research on the relationship between brain trauma and neurodegenerative disease, along with ways of preventing those kinds of injuries.


“The Fluid Inside system is a direct byproduct of Dr. Hoshizaki’s research,” Chiasson says. “He didn’t necessarily set out to create helmets, but his studies led him in that direction.”

Chiasson points out that most helmets on the market today are very good at preventing damage to the skull, but not all of them are designed to protect the brain too. In other words, a cyclist that is involved in a crash may hit his or her head on the pavement, but if they’re wearing a helmet, there is a good chance they won’t suffer so much as a cut or a scuff. Their brain, however, could still hit the side of their skull, creating internal bruising or other trauma as a result. That’s because most helmets are only built to deal with linear impacts, which strike at a direct angle, but aren’t designed to absorb rotational energy as well. As a result, the indirect impacts that generate rotational forces can end up causing serious and lasting trauma.


“We think the system has lots of possibilities for use in safety equipment and other sports.”

Technologies such as MIPS and Koroyd were developed to account for rotational energy, as was the Fluid Inside system. But the idea of customizing the helmet for specific sports helps to give it a leg up on the competition. As an example of this Chiasson points to hockey players, who don’t often take massive strikes to the head, but suffer many small hits instead. Dr. Hoshizaki’s research indicates that those types of hits aren’t as severe and the rotational energy is slower, but the brain is actually moving and spinning for a longer period of time. That presents a different challenge than, say, a ski accident where the trauma is swift and hard, but the movement of the brain is over much more quickly.

“Because of the high frequency of the hits they take, hockey players benefit the most from our technology,” Chiasson says. “The impact from other sports are more severe, but easier to manage.”

Recently, Fluid Inside brought its technology to a whole new market, designing a helmet for motocross racers for the first time. Earlier in the month, the company – along with Fox – announced the V3 Helmet, which integrates the Fluid Pods and features an interior that is mapped to provide optimal head protection. And while this is exciting news for motocross riders, Chiasson tells us that Fluid Inside is exploring other potential markets as well. “We think the system has lots of possibilities for use in safety equipment and other sports,” he says, without giving away where we might see the innovative approach employed next.

Dr. Hosizaki isn’t planning on ending his research anytime soon either, which is good news for athletes that participate in any sport where head trauma is a real possibility. His goal is to make those sports safer and more enjoyable moving forward, potentially saving lives and preventing serious brain injuries along the way. As it becomes increasingly clear that protecting our brains is more complicated and nuanced than we first thought, this research could be crucial to not only the health of athletes, but the overall health of their sport too.