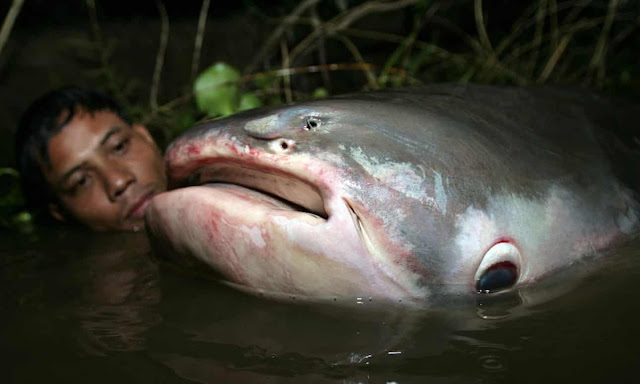 Populations of the great beasts that once dominated the world’s rivers and lakes have crashed in the last 50 years, according to the first comprehensive study.

Some freshwater megafauna have already been declared extinct, such as the Yangtze dolphin, and many more are now on the brink, from the Mekong giant catfish and stingray to India’s gharial crocodiles to the European sturgeon. Just three Chinese giant softshell turtles are known to survive and all are male. Across Europe, North Africa and Asia, populations have plunged by 97% since 1970.

The killing of the animals for meat, skins and eggs is the cause of the decline, along with humanity’s ever growing thirst for freshwater for crops, its many dams, as well as widespread pollution. The scientists assessed 126 species, covering 72 countries, and found numbers had plunged by an average of 88%.

Many of the creatures are keystone species in their ecosystems, such as beavers, and the researchers said their loss will have knock on effects on all fauna and flora and on the many millions of people that depend on the waterways for their livelihoods.

“The results are a wake-up call to us about the plight of these species,” said Zeb Hogan from the University of Nevada, US, who participated in the research team. “Many of them are at risk of extinction, and almost all of them need our help. It’s a race now to see what can be understood and protected before it’s too late.”

The Mekong river in southeast Asia is home to more giant fish species than any other river on Earth and Hogan has worked there for two decades. But he said populations have dropped to almost zero as the rapidly increasing human population has escalated the pressure on them.

The Mekong is also home to the world’s largest catfish, which can weigh almost 300kg (661lb), and the biggest carp and freshwater stingray species. All are now classified as critically endangered, one step from extinction.

But the fast-paced loss of river giants – defined as species weighing more than 30kg (66lb) – is happening across the world. “The once very common European sturgeon has been extirpated from all major European rivers, except the Garonne in France,” the researchers report in the journal Global Change Biology, meaning its range has shrunk by 99%.

The Eurasian beaver, a vital habitat engineer, has lost more than half its previous range,although it is being reintroduced into the UK, Czech Republic, Estonia, Finland and elsewhere.

The anticipated escalation of dangers facing mega‐fish in basins such as the Amazon, Congo and Mekong due to the boom in hydropower dam construction is very worrying, said the researchers. Large animals usually need large ranges and dams block migration routes and access to feeding grounds. Two-thirds of the world’s great rivers no longer run freely. 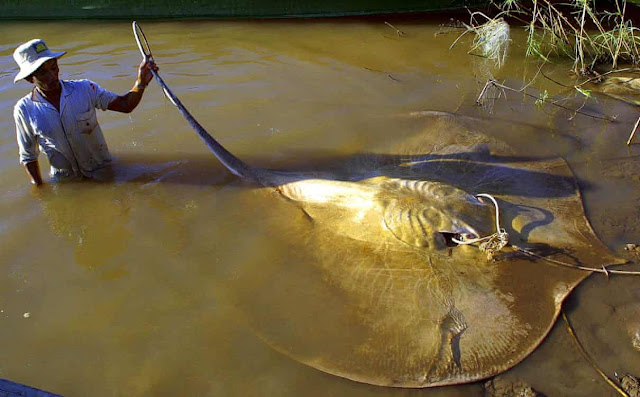 Freshwater animals are declining much faster than land animals and the loss of river and lake megafauna also endangers smaller creatures and plants. Disruption of delicate food chains causes damage, as does the loss of pools maintained by beavers and crocodiles.

“Biodiversity loss is one of the biggest challenges facing our planet, leading to the erosion of ecosystem services [such as food and clean water] and threatening human wellbeing,” the researchers warned.

Some scientists think the Earth is at the start of a sixth mass extinction of life, the first caused by a species – humans – rather than physical changes to the planet. In May, a landmark report warned the annihilation of wildlife was eroding the foundations of economies, livelihoods, food security, health and quality of life worldwide.

However the new study cites some successes as the result of persistent conservation efforts, including population increases in two species of sturgeon in the US, the American beaver and the Asian Irrawaddy river dolphin – though the latter is still classified as vulnerable.