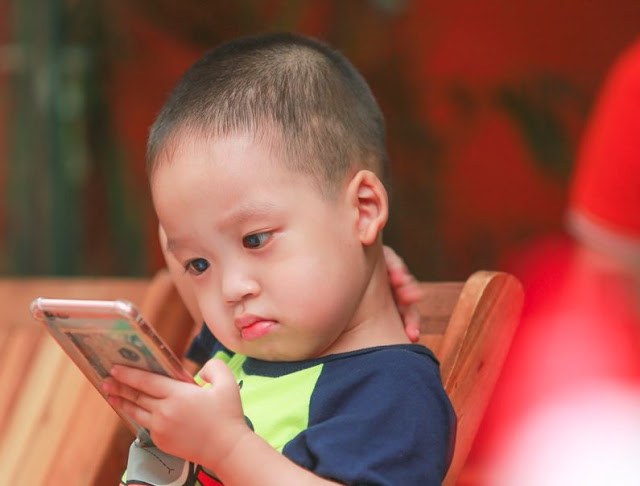 Smartphones have a similar effect to drugs. It may seem awkward and terrible, but that’s the plain truth. Giving your kid a smartphone is like giving them drugs. An addiction therapist in the UK made the claim after becoming aware of the growing smartphone addiction among teens.

Millions of people spend their day scrolling down their news feed, hoping to find something “catchy” on Instagram or Facebook. Well, this “routine” may be as addictive as drugs and alcohol. Do you know that “coming off” these devices may cause similar withdrawal symptoms?

The situation is no longer funny or hilarious. It’s an addiction.

50% of teenagers use their phone regularly

Studies confirm that over 50% of all teenagers are addicted to their smartphones, and they are well aware of that. About 84% of these teenagers said that they wouldn’t be able to go a day without their smartphone. Wow.

This addiction may cause depression, anxiety, neck/wrist pain, sleep disorders and feelings of insecurity.

How to tell if a person is addicted to their phone? They keep checking their phone for no apparent reason, and spending time away from their phone makes them anxious. Do you know that some people wake up in the middle of the night to check their phones? This leads to poor academic achievement.

This addiction is treated like any other addiction, and “patients” deal with anger, depression, tension and restlessness.

According to the journal Paediatrics Child Health, parents set the biggest example for their children. They can prevent this addiction in a very simple way: Stop using your phone that much throughout the day. Your kid won’t see you holding your phone all the time, and that sets a perfect example. Don’t use your phones during meals.

Smartphones and tablets cause mental health issues in two-year-olds

Professors Jean Twenge and Keith Campbell from San Diego State University collected data from 40,000 children in the US. The children were aged between 2 and 17. The results showed that the time children spend on social media or watching videos actually affects their emotional well-being.

About half of the children who use phones for 2 hours or more lose their temper and can’t calm down easily. Children aged 2-5 should use a smartphone as it affects their mental health.

Screen use causes behavioral issues in children and adolescents. Spending four hours a day with their face glued to the screen makes adolescents argumentative and anxious, and they will also have a lack of curiosity. Let’s not forget they will be less sociable, too.

Children under 5 should use smartphones for an hour. School-aged children and teens can use their phones for two hours.

Smartphones do more harm than good, but unfortunately, some parents ignore that. Yes, smartphones help us get in touch with our friends and family, but overusing these devices may make you anxious and depressed. Limit your screen time, and your kids will follow your example. Simple as that.