Government to ban single-use plastics as early as 2021: Source 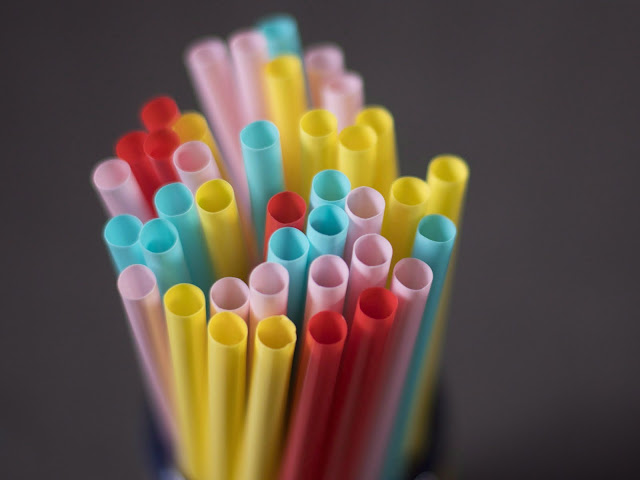 The Trudeau government is committing to ban single-use plastics by 2021. (Canadian Press)

The Trudeau government will ban single-use plastics as early as 2021, CBC News has learned from a government source.

Plastic straws, cotton swabs, drink stirrers, plates, cutlery and balloon sticks are just some of the single-use plastics that will be banned in Canada, according to the source.

This is part of a larger strategy to tackle the plastic pollution problem that the government is expected to announce Monday.

According to the source, the full list of plastics to be banned by the federal government will follow the model chosen by the European Union, which voted in March to also ban products made of oxo-degradable plastics, such as bags. Oxo-degradable plastics include additives that don't completely biodegrade but fragment into small pieces and remain in the environment.

Fast-food containers and cups made of expanded polystyrene, which is similar to white styrofoam, will also be banned.

Canada, France, Germany, Italy, the U.K. and the European Union immediately signed on, agreeing to find ways to deal with marine plastics litter.

All of those countries have moved to curb plastic pollution, some of them with laws to reduce the consumption of plastics.

A report done earlier this year by consulting firms Deloitte and ChemInfo Services commissioned by Environment and Climate Change Canada found in 2016 only nine per cent of plastic waste was recycled in Canada, with 87 per cent ending up in landfills.

It's a global issue because most plastic bags wind up in landfills and it can take as long as 1,000 years for them to decay.

Many also end up in the oceans harming marine ecosystems and wildlife. Recently whales have been found dead, washed ashore with pounds of plastic in their stomachs.

There is also a problem with microplastics that end up in water and the food supply.

The Deloitte and ChemInfo Services report also found that between 2012 and 2017, plastics manufacturing became one of the fastest-growing sectors, worth about $35 billion in sales, employing 93,000 people mostly in Ontario, Quebec and Alberta.

The study also found the Canadian recycling industry generates about $350 million and is in the hands of fewer than a dozen recycling companies with about 500 employees.

According to the Environment and Climate Change Canada, the new plastics strategy will generate jobs and reduce greenhouse gases. It is expected to release details on how this will work on Monday.

More recently, Canada was criticized for dozens of containers of rotting garbage found in the Philippines.

Ottawa is spending $1.14 million to bring those cargo containers of recyclables contaminated with garbage back to Canada for disposal.

Some municipalities have already moved to reduce plastic waste, but environmental experts point to a need for a consistent national strategy.

Tofino and Deep Cove, B.C., have banned plastic straws; Fogo Island replaced plastic bags with alternatives; Montreal is banning the use of plastic bags and bottles; St. John's promised in 2017 it would ban plastic bags.