Loki Will ‘Change Historical Events’ in His Disney+ Series

Loki’s series on Disney+ was one of the first of these new limited series we heard of, and since its reveal there has been a couple different rumors about what it’s about. If you remember the story about it dealing with Loki traveling through human history as a trickster, that plot appears to be true.

When Kevin Feige revealed the Loki series in Hall H at San Diego Comic Con he confirmed that the scene of him escaping with the Tesseract in Avengers: Endgame leads to the Disney+ show. Earlier in the summer we saw official concept art shown at the Disney Investor’s Day where Loki is seen walking the streets in 1975.

Now new information about the Loki series has surfaced via production sources, as it looks like casting for the series will be starting soon. That information confirms that the Tesseract is involved (as Feige did at SDCC) and describes the series as the previous report did, that he’s traveling through human history…with one big addition. It says that he’ll “change historical events”

From that, it sounds like the show is a MCU take on Quantum Leap. Where instead of trying to put right what once went wrong, Loki is going to be causing all sorts of mischief in human history. 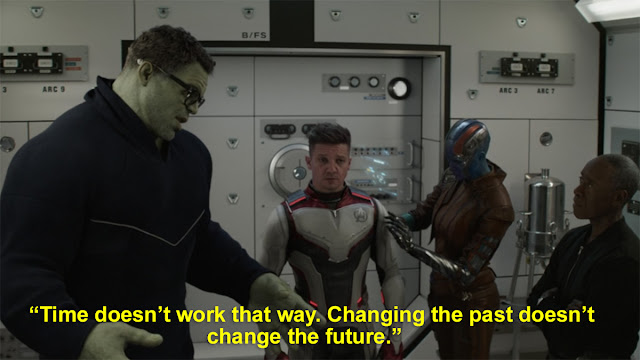 But as Avengers: Endgame established that you can’t change the future by altering history, it’s possible that Loki is going to be creating all sorts of alternate universes to populate the Multiverse with through his actions in this series.

Loki will air in Spring 2021 on Disney+, around the same time as WandaVision and the theatrical release of Doctor Strange in the Multiverse of Madness. With Loki potentially creating a whole bunch of alternate universes by messing with human history, it sounds like 2021 is going to be one crazy year for the MCU Multiverse.