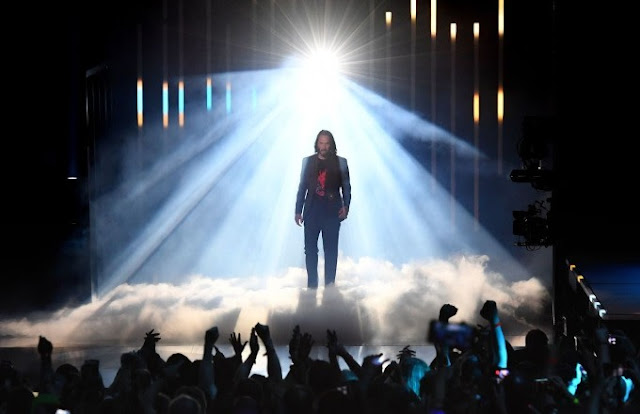 The already extensive Keanu Reeves filmography continues to stack up exciting prospects, including the Cudi-featuring return of the Bill & Ted franchise and presumably 348 more John Wick movies. Reeves, however, has yet to be bitten by the Marvel bug. In a recent interview with ComicBook.com, Marvel Studios boss Kevin Feige confirmed he and his team have been in consistent contact with the 54-year-old actor and are still hopeful that a link-up will come to pass.

"We talk to him for almost every film we make," Feige, who compared Reeves to the recently Marvel'd Jake Gyllenhaal, said at a recent Spider-Man: Far From Home presser in London. He went on to say, "I don't know when, if, or ever he'll join the MCU, but we very much want to figure out the right way to do it."

Reeves, of course, was previously reported as having turned down a Captain Marvel role and is the subject of fan petitions calling for him to become the new Wolverine.