Megadroughts Are Likely Coming to the U.S. Southwest Within Decades, Scientists Say

No Comments
Climate change is 'almost assured' to cause decades-long droughts in the American Southwest not seen since medieval times, scientists warn in a new study. 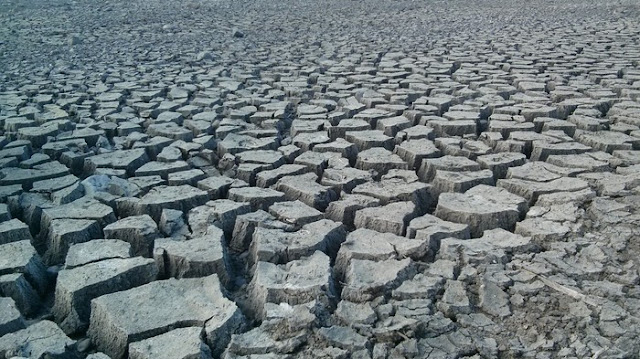 In medieval times, the US Southwest was routinely struck by decades-long droughts. Those megadroughts stopped around 1600, but climate change could bring them back.

In a study published on Wednesday in Science Advances, researchers from Columbia’s Earth Institute used climate models to study what caused the megadroughts. Using historical climate data, they determined that two things were to blame: changing ocean temperatures and excess energy trapped inside the Earth’s atmosphere (called radiative forcing).

Now, with similar trends on the rise again thanks to climate change, the researchers say that the US Southwest (which includes California, Nevada, Utah, Arizona and parts of other states) is likely to experience medieval megadroughts again—and soon.

"Having paleoclimatic evidence shows you what happened in the past,” lead author Nathan Steiger said over the phone. “It helps verify projections that say the American Southwest is almost assured to have a megadrought in the next few decades.”

According to the study, the biggest driver of these historical megadroughts were La Niña events, which made the Pacific Ocean unseasonably cold, pushing the storm path north towards Washington and British Columbia. A warmer Atlantic played a smaller role, shifting a high pressure system that blocked storms from rolling over the continental US.

“Both a warm Atlantic and a cold Pacific change where storms go,” Steiger said. “They both result in fewer storms going to the Southwest.”

Fewer storms mean less rain, which succeeded in drying out the Southwest for decades at a time from the 9th to the 16th century.

These sea surface temperature changes were coupled with an increase in radiative forcing, which is where climate change comes into play.

Historically, changes in radiative forcing had a lot to do with volcanic activity or other natural variances. Now, the greenhouse gases (such as carbon dioxide and methane) we’re pumping into the atmosphere are increasing the amount of energy trapped in the atmosphere. That excess energy will continue to heat up the world, drying the Southwest out and making it more vulnerable to medieval-style megadroughts.

“We have a lot of evidence that the radiative forcing is going to dry out the Southwest,” Steiger said. “If you get a string of several La Niña years in a row, you get a megadrought that will make it dry for decades.”

Climate scientists are still trying to figure out how climate change will impact La Niña events, Steiger said. With what we know now, the paper argues that megadroughts in the US Southwest are “almost assured” within decades.

Severe droughts in recent years have already worried scientists that we are headed for another megadrought, or may even already be in one. This work reaffirms that climate change is likely to launch the Southwest into a megadrought, as Steiger and his team were able to test these predictions on past data.

Atmospheric models are notoriously tricky to get right, as there’s a lot of variables to take into account. Showing that these models were successful in nailing down the causes of historical megadroughts further strengthens the conviction that they’re likely to recur thanks to climate change.