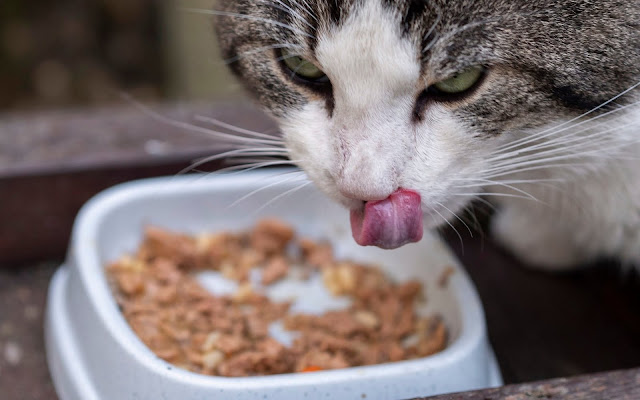 Cats are obligate carnivores that need to eat meat in order to thrive, animal nutritionists have warned

Cat owners have been advised they could risk breaking the law if they force their pets into veganism.

One in six pet food suppliers has branched out into supplying vegan or vegetarian food for animals as owners embraced the new trend over ethical concerns with meat diets.

But yesterday the RSPCA said cats could become seriously ill if given exclusively plant-based diets and owners could run the risk of getting a criminal record.

A spokesman said while dogs were omnivores and could theoretically survive on a vegetarian diet, cats were carnivores and needed meat.

They pointed out: "Under the Animal Welfare Act, the law requires an owner to take reasonable steps to ensure that all the pet's needs are met.

"This includes a healthy diet, as well as providing suitable living conditions, ability to behave normally, appropriate company and protection from pain, suffering, injury and disease."

In the worst cases where cats are so malnourished, guidelines say owners could face a hefty fine or even a jail sentence if convicted under the Animal Welfare Act.

The warning comes after the National Pet Show in Birmingham earlier this month showcased the latest in vegan pet food and non-meat alternatives, as owners look to spread their ethical diets onto their pets too.

The spokesman for the RSPCA added: "Cats are strict carnivores and depend on some very specific nutrients that are found in meat including taurine, vitamin A and arachidonic acid so can become seriously ill if they are fed a vegetarian or vegan diet." 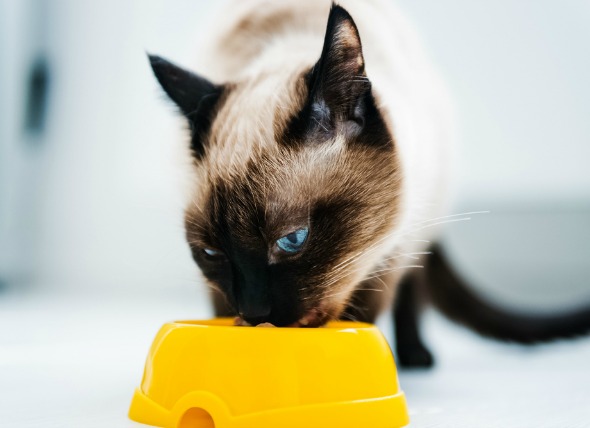 Last night a world-renowned expert on animal nutrition said that she had treated one cat that was so weak from the strict vegan diet that its owner was feeding it that it was unable to stand.

Marge Chandler, a clinical nutritionist based in Glasgow and university lecturer, said she had to hospitalise the animal which was severely under-sized and a substantial amount of its fur missing. She then refused to release it until the owner agreed to feed it a diet that included meat. She said it is "crucial" a cat;s diet includes at least 20 per cent meat protein.

"Feeding an inappropriate or incomplete diet that doesn't provide the animal with the nutrients its need is a welfare issue - no matter what diet it is," she said.

Despite this advice, a number of companies selling vegan and vegetarian pet food have sprung up in recent years to cater for the demand in meat-free pet food.

National pet shop chains have also reported an increase in demand for specialist foods, such as gluten and grain-free pet food.

Damian Eadie, director of Benevo which specialises in plant-based pet food, said yesterday that the business he founded 13 years ago is growing and that he was in discussions with major retailers about stocking its products.

He denied there were health issues attached to feeding a cat or dog a plant-based diet, saying Benevo worked with nutritional experts to ensure the quality of their products.

He added that he believed vets who disagreed with him to be "suffering with an unshakable ideology".