Pokémon GO Grossed More Than Candy Crush In Its First Three Years, On Track to Cross $3 Billion in 2019 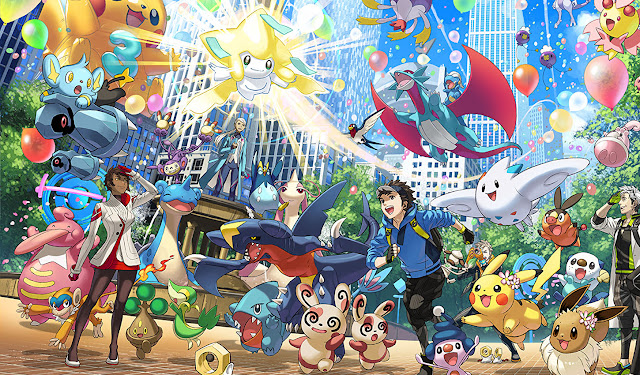 Niantic’s blockbuster Pokémon GO turned three over the weekend, having launched in the United States on July 6, 2016. Sensor Tower Store Intelligence data reveals that, since then, the game has grossed an estimated $2.65 billion worldwide across the App Store and Google Play.

This sum places the title among the most successful mobile games from Western developers (Japanese hits Monster Strike and Puzzle & Dragons are in a league of their own). As the chart below shows, Pokémon GO has surpassed the massively popular Candy Crush Saga and Clash Royale, which generated $1.86 billion and $2.3 billion, respectively, in their first three years (not including revenue from China, where Pokémon GO has yet to launch). 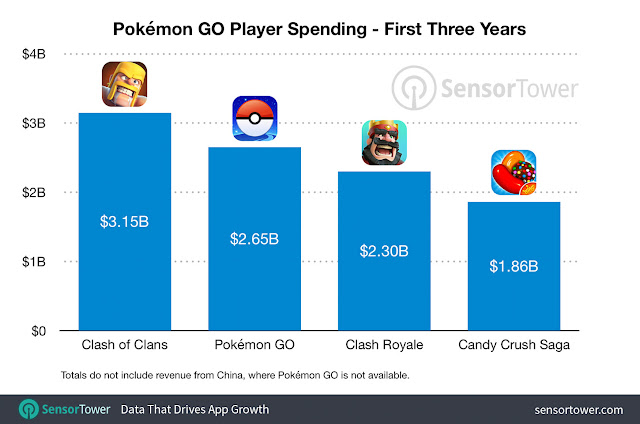 Pokémon GO was out-earned by Supercell’s Clash of Clans, which grossed an estimated $3.15 billion outside China in its first three years.

The U.S. has led player spending in Pokémon GO to date, accounting for about 35 percent of gross revenue or close to $928 million. Japan has been a close second with approximately $779 million or about 29 percent of all in-game spending. Germany, a distant third, has contributed 6 percent, or $159 million, of the game’s gross revenue.

Approximately 54 percent of spending in the game, or $1.43 billion, has come from Google Play. The remaining $1.22 billion was generated primarily by iPhone users, with only about 1.6 percent of iOS revenue coming from iPad users.

Pokémon GO continues to be a top earner across the app stores, ranking No. 8 among all apps for worldwide revenue in June and No. 9 in Q2. The game has grossed $395 million globally so far in 2019, which is up 19 percent over the first half of last year. All told, players have spent an average of $2.4 million in the game each day since launch and an average of $5 for each of its 521 million downloads. We expect the title to have generated more than $3 billion in player spending by the end of this year.