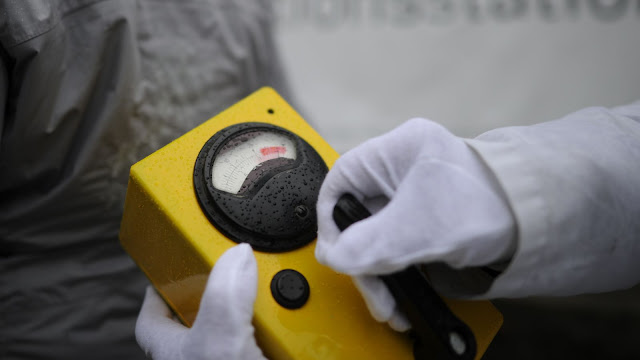 A Russian city reportedly observed a rise in radiation levels after an explosion at a nearby military testing site, which left at least two dead.

“At the test site of the Russian Ministry of Defense in the Arkhangelsk region, when testing a liquid propulsion system, an explosion occurred and the product ignited,” the defense ministry told the Russian news agency TASS, in a statement.

The ministry claimed, “there were no harmful emissions into the atmosphere, the radiation background is normal.” But the city of Severodvinsk, which has a population of 185,000, reported a spike in radiation at noon.

It is unlikely that a liquid-propellant rocket engine explosion alone would cause a rise in radiation levels, leading to speculation about what really happened.

Another Russian agency, Mash, shared photos and a video of what appear to be emergency responders in hazmat suits and Geiger counters, and a person being moved to an ambulance. Unconfirmed reports on social media claim victims are being treated for radiation exposure.

Russian news outlet 29.ru reported that residents of the cities of Severodvinsk and Arkhangelsk have been scrambling to buy iodine from pharmacies, many of which have sold out. Potassium iodide can hinder the collection of radioactive iodine-131 in thyroid glands, which can cause cancer.

According to Reuters, an authority of a port of Arkhangelsk said the explosion led to the closure of a portion of Dvina Bay in the White Sea, so it can no longer be used for shipping.