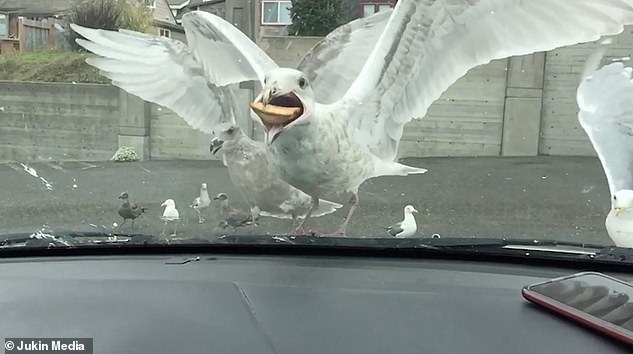 One whole pie to go, please.

This is the seagull version of a true champion.

Viral footage shows the bird on the hood of a car as its fellow birds battle for scraps. Then, someone throws a small apple pie similar to the kind sold in convenience stores and at McDonald’s. Rather than share, the seagull swallows the entire pie

It’s not known when or where the footage was shot.

But one thing is clear: That bird is a legend.