Silent, no gears and cheaper every day: electric cars aren't so hard to get used to 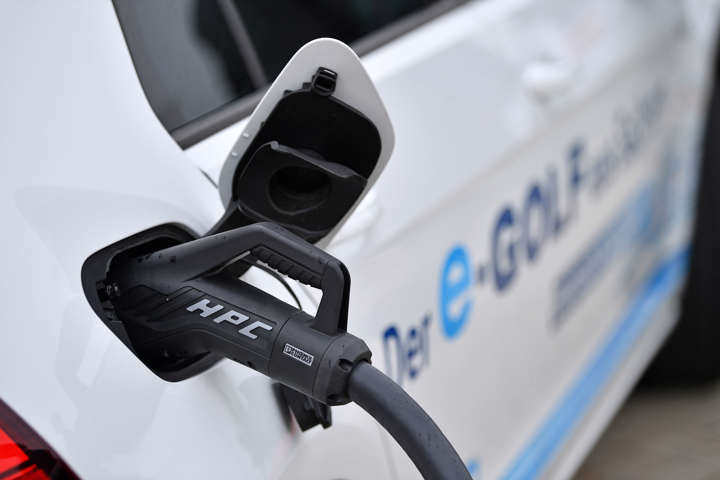 A few weeks ago in western Sydney, I fanged around the Eastern Creek racetrack looking to kick the wheels of the electric car revolution.
A lot has been written on the viability of the electric car: the price, the availability, the range, the chargers. But this was solely about the driving experience, from the perspective of someone who has only ever driven petrol cars.
I tested six cars – from pure electric, to hydrogen fuel-cell, to petrol-hybrids. From the Tesla X SUV, to the fully electric SEA truck, to the one-person, three-wheel Toyota iRoad (which we will never speak of again).
As a driver, the first thing you notice is that there is no gearbox. Electric cars simply don’t have them. You shift from park to drive to reverse by pressing a button. And when driving, most models use a fixed-ratio gear. There is no clutch, no gearstick, no transmission.
It’s a bit disconcerting for someone used to the physical feedback of driving, and the muscle memory. In the hydrogen Hyundai Nexo, the gears are next to the air conditioning. There’s nothing to physically pull or shift. No clunk to give you certainty. On the Tesla X, the gears are located on a stick on the wheel.
The fixed gear and fewer moving parts also means an EV reaches its maximum torque more quickly than a petrol car, making it feel more sensitive to acceleration. It just takes off.
It all feels unnervingly easy.
Parking an electric SUV, all I needed to do was stop and click a small button. I leave the handbrake, I’m told, to turn on automatically.
Stepping out, I half-expected the $100,000 Tesla to immediately roll backwards and crush the other $100,000 Tesla. Thankfully, it didn’t.
In a way, this sums up my overall experience with electric cars. They take some getting used to, but it’s an exciting feeling of grappling with something new and different.
Of course, it’s important to separate the elements that are due to their being electric from the standard excitement of the new. Any fancy feature or button from a 2019 car – for which you will pay at least $50,000 – is a massive step up from the 1998 Corolla I was driving until last year.
But in many ways it’s a combination – the niftiness of the bells and whistles is enabled by the futurism of the electric zero-emissions engine.
On the Telsa X, for example, you can adjust your level of suspension on a touchscreen, with toggle buttons, as if your car was a giant iPad.
It’s almost a cliche now to say it, but the other thing you notice is that electric cars are silent.
For me, it sank in on the drive home. It’s not the lack of start-up rev that hits you, it’s the silence when you are up and running. And it’s really more impressive for the buses and trucks. It’s something to see the SEA electric truck, loaded up on a delivery, leave the kerb silently and whisper around.
It’s something you appreciate from the outside, something that would cut down the noise of a busy road for everyone.
The third and final difference, from the driver’s seat, is the braking.
Most models I tested have something called regenerative braking. This uses the kinetic energy of braking to recharge the car’s battery as you drive.
In short, it makes braking more severe, and a bit of a stop-start affair until you get used to it.
The amount of regenerative braking varied from car to car, and can be turned off, but it was always initially on by default – presumably as an energy saving measure.
On some models, the most extreme setting was the default. Lifting your foot off the accelerator was the equivalent of tapping the brakes in a petrol car – intentionally so. Some cars can work as a one-pedal drive.
One spokesman told me he drove to work without hitting the brakes once, just using the highest setting of his regenerative brakes.
So what’s the take-home message?
Electric cars do not feel radically different. They accelerate quicker, they have more torque and they slow down more sharply – but that’s all down to your settings. It’s about as shocking as borrowing a friend’s car and getting used to it.
They exude a feeling of future-proofing. No gears to crunch and fewer moving parts will make them last longer. And it’s satisfying to think of a world where everyone owns one, no one spreads noise pollution down the street and no one emits carbon dioxide.
But for many, it is a waiting game until the prices fall, and perhaps even until a secondhand market develops. They are becoming cheaper every day. Predictions are optimistic. Until then, it’ll be limited to a few laps.