The New Lego Star Wars Is Impressive And Surprisingly Different 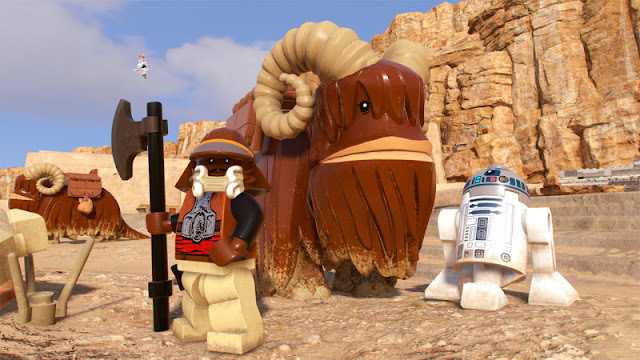 If a hands-off theater demo of a new video game can over-deliver E3, then Lego Star Wars: The Skywalker Saga sure did. The amount of changes I was shown to the 20-year-old Lego video game formula was startling.

I checked out the game as E3 was winding down on Thursday, taking a front row seat for a look at a game that I expected to come off as a rehash of some of the four previous Lego Star Wars games. After all, three of them have collectively covered seven of the main Star Wars movies, and nine movies are depicted in this new game.

From the start, there were big surprises:

The standout change is the camera angle. We were only shown the open-world portion of the game, but even there the change is pronounced. The camera is closer in and behind-the back, with the character pushed in much closer than usual, similar to how you’d view you the action and the character you’re controlling in a Gears of War game. The camera is controlled freely with the analog stick. This angle will also be used in the game’s levels. “We changed it because kids have changed,” the game’s director, James McLoughlin, later told me in an interview. “They are much more accomplished gamers than they were at the start.” He noted how deftly kids work with free cameras in Minecraft and Fortnite, among others.

Then there’s the sheer amount of Lego objects in the world. Skywalker Saga’s galaxy isn’t all-virtual-Lego the way that the Lego Videogame Movie games were, but it otherwise looks more like it is composed of Lego bricks than any other game I’ve seen in the franchise. Early in the demo, as we were shown the Millennium Falcon flying through space toward Tatooine, a Star Destroyer suddenly appeared from hyperspace. It looks to be entirely made of Lego—some 18,000,000 bricks, the person running the demo remarked, if it was built in real life. McLoughlin later explained to me that all spaceship interiors in the game are rendered as if fully made of Lego, including action set in the Death Star. Down on Tatooine, the all-Lego Sarlacc Pit was particularly impressive.

The game is set across a swath of Star Wars space. In the demo it was broken up into nine regions, each consisting of two or three planets that are featured in the movies. Players start the game by picking one of the nine main Star Wars films. They can then can start flying to planets that will contain a mix of movie-centric material and more generalized Star Wars activities. Picking a movie unlocks some planets that include levels from those films, though players can always go back and start a new movie before finishing the one they started. Any planets unlocked for one movie will be available to freely visit even once another movie has been selected. So you can be trying to tackle missions in Return of the Jedi but still be able to hop over to planets featured in, say, The Force Awakens, if you’d started playing through that movie already. 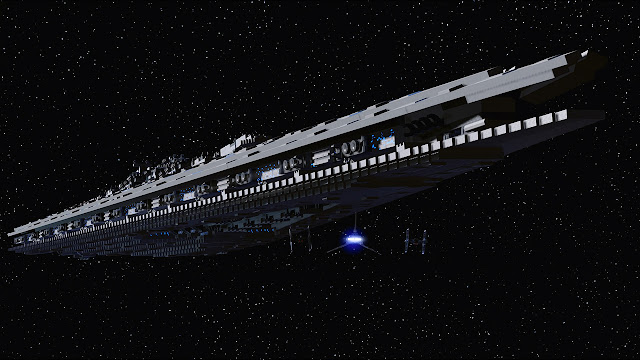 The movies are depicted through a mix of activities in the open world and discrete levels. McLoughlin said there will be five levels for each film and that the developers are trying to focus as much as possible on sections of the movies that weren’t turned into levels in previous Lego games. The first mission for the Phantom Menace, for example, will be the underwater chase through the core of the planet Naboo. “We just didn’t have the tech to do that kind of stuff back in the day,” he said. Sections of the movie prior to that, such as Obi-Wan Kenobi and Qui-Gon Jinn’s movie-starting arrival on a trade federation ship, are sequences the player tackles in the game’s open world and aren’t a level proper.

The demo focused on a slice of the game’s open world, specifically the Anchorhead region of Tatooine, which is just one section players can explore on just one of the game’s many planets. It was huge and full of characters, including R2D2, Jawas and Banthas on which the character could ride. We were shown a basic side quest—one of apparently 500 set up for the game—involving translating for and then helping a Gonk droid. It was fine, but as I noted to McLoughlin, the Lego series’ open worlds have largely been filled with dull sidequests or empty expanses. He acknowledged the criticism—”We realized the open worlds needed a bit more oomph”—and cited The Legends Of Zelda: Breath of the Wild as an influence. “One of the things we’ve been doing, kind of, I suppose like Zelda, where at every corner you turn, there’s always something to do, like if it’s rescuing the little dudes stuck under rocks, etcetera, etcetera.” He said they’re filling more of their world with more puzzles. McLoughlin also teased some more interesting types of activities in the open world: bounty hunter missions in which you go to a planet to seek a character hidden on another planet and “smuggler’s runs” where you pick up cargo and have to fly it from system to system without being caught by the Empire.

Here’s another good detail for those frustrated by earlier Lego games’ open worlds: You can stop doing one sidequest before finishing it, start another and the game will remember your progress in the other quests.

The game’s spread across nine movies means it’ll adapt the forthcoming Episode IX: The Rise Of Skywalker. Apparently it hasn’t been put in the game yet, because they haven’t been told the plot. “We know nothing, and that’s not just a line because you’re recording me,” he said. The demo’s movie-select interface depicted a scene from Episode IX’s trailer.

Like the previous Lego games, Lego Star Wars: The Skywalker Saga will support co-op. Because of the new camera controls, the view will be split even during levels. Given all this rethinking of the formula, might they finally add on-line co-op? “We have new technology,” McLoughlin said, stopping right there as if he’d rehearsed for that question. He would not say more.