There's Only One Surviving Blockbuster Left on Planet Earth 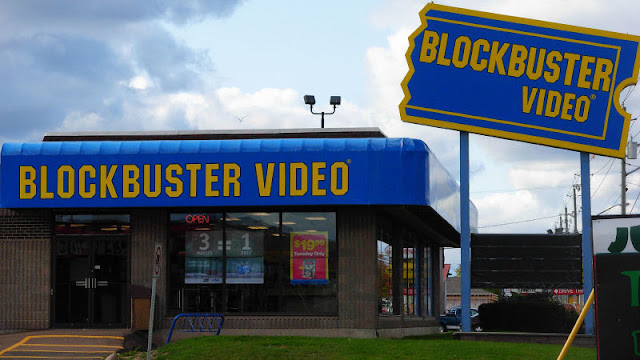 Audiences will lineup this weekend to check out the ‘90s nostalgia trip of Captain Marvel. Younger viewers will look at the Blockbuster Video Store featured in the film and have little understanding of what kind of business they’re looking at. That’s because, at the same time, the staff of the last Blockbuster in Australia will be winding down the business and shuttering the store—leaving just one final location of the venerable franchise left on Earth.

According to the Australian Associated Press, the Blockbuster located in the Perth suburb of Morley has finally succumbed to the tide of competition from video streaming services and notified customers that it will be closing its doors by the end of the month. You can’t just close overnight, customers need to return those overdue DVDs. And starting on March 8, the various Blockbuster-branded swag will go on sale for collectors and sentimentalists.

Once the Walmart of the video rental industry, Blockbuster had 9,000 locations at the height of its domination. But as its business disappeared, the remaining stores turned into something more like the locally owned community shops where you could shoot the shit about movies with the clerks. “We get customers all the time pleading for us not to close as they still enjoy the experience and service that we provide,” store owner Lyn Borszeky told the AAP. “Firstly, the number of customers that have been disappointed when stores have closed and secondly our industry was a great employer of university students, who loved their movies and showed their passion when talking to customers.”

The last remaining Blockbuster brick and mortar store on Earth is located in Bend, Oregon, and it’s turned its rarefied status into a benefit, attracting tourists and selling its own signature craft beer.

Personally, I don’t have a lot of nostalgia for Blockbuster specifically, but I deeply miss video stores. I remember in the final days before Netflix took over the world, Blockbuster was the only rental place left around. The company saw the writing on the wall and started offering unlimited rentals. I was in college, had a good bit of time on my hands, and would stop in once or twice a day to pick up another movie. The staff knew me and would chuckle when I came in as if to say, “How many movies can this guy watch?” Now, it’s considered to be a perfectly normal Saturday afternoon if someone spends eight hours binging a TV show, and we’re all desperately hungry for content.

Steven Spielberg has sparked a new debate over the future of movie theaters with his campaign to prohibit Netflix films from being eligible for Academy Awards consideration. Having seen the hollowing out of video stores, many film lovers want to be proactive in curtailing the loss of their beloved movie theaters. Netflix has jumped in to argue all of the benefits that streaming offers and insist it loves movies just as much as anyone else.

Film Critic Emily Yoshida responded to the fracas, tweeting, “I love movies. Movies are a big part of my life. Netflix can claim to feel love toward whatever it wants but I love Netflix the exact amount that I loved my VCR in 1995 and my DVD player in 2001.” It’s a good tweet that isn’t exactly throwing shade on Netflix, just acknowledging that it’s a tool rather than a beloved institution. I don’t recall the brand name of my teenage VCR, but I know still remember the owner’s name at my local mom and pop video store. The store was a community hub, sure, but it was also like an art gallery for movies. Blockbuster may have been a more corporate and sterile place but it still offered that opportunity to just kill some time browsing the shelves, admiring the box art, and weighing how many thumbs up a flick should have to be the one you take home for the night.