Wrongfully Convicted Man Comes For Those Who Put Him Behind Bars – Isaac Wright Jr. 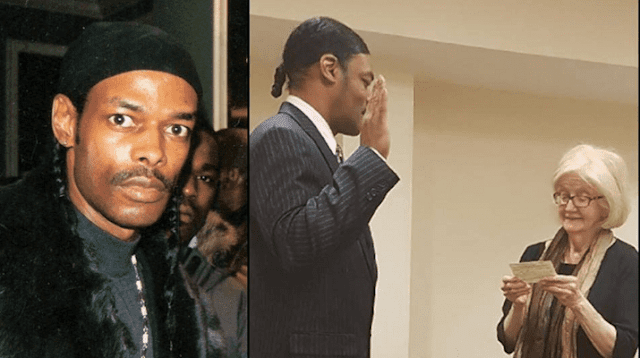 In 1991, Isaac Wright Jr. was wrongfully convicted of being a drug kingpin in New Jersey. In fact, he was the first person to ever be convicted as a drug kingpin under the new “drug kingpin” law at the time. Wright allegedly led a band of drug dealers who packaged up cocaine and shipped it to New Brunswick where it was then sent out for distribution throughout Middlesex and Somerset counties.1

Wright was sentenced to life in prison with no chance of parole for 25 years, plus a number of other charges that added another ten years to his sentence.2

Wright said that he had never dealt drugs but had several friends who did, adding that he “was a victim of circumstance.” He also said that the new ”drug kingpin” law was sentencing low-level drug dealers to exorbitant prison sentences. He represented himself during his trial, stating he was the person most familiar with the facts of the case. Nevertheless, he was found guilty of running a cocaine network in Middlesex and Somerset Countie which netted up to $30,000 a day.

While behind bars, Wright educated himself on the law and became a prison paralegal; he assisted numerous inmates with their appeals; he was credited with lowering the sentenced and overturning convictions of at least twenty inmates.3

During his own appeal process, Wright served as his own lawyer. While conducting a cross-examination, Wright was able to extract a confession of police misconduct from veteran police detective, James Dugan, who confessed to a wide and systematic misconduct and cover-up. Dugan also confessed that he had searched Wright’s apartment before obtaining court approval. A Superior Court Judge ruled that former Somerset County Prosecutor Nicholas Bissell had made secret plea deals with witnesses and had illegally seized cocaine which he then used to convict. In 1995, federal prosecutors indicted Bissell and his wife. The Supreme Court also found out that Superior Court Judge Michael Imbriani had improperly instructed jurors.

As a result, the case against Wright crumbled and he was subsequently released from prison after his friends posted $250,000 bail.4 State Superior Court Judge Leonard Arnold ordered a new trial but then in 1998, The Somerset County Prosecutor’s Office announced that they would not resume their criminal case against him.

Following his incarceration, Wright obtained an undergraduate degree, graduated from St. Thomas University School of Law and passed the New Jersey Bar. However, it took the New Jersey Bar nine years to admit Wright while they investigated his “character.” I went to law school for one reason and one reason only… To slay giants for a price. And if the giant is big enough and the cause is important enough, I’ll do it for free, especially when it involves helping those who cannot help themselves,” he said.5

With his new status as a lawyer, Wright went after the men involved in
the misconduct and cover-up. Dugan pleaded guilty to official misconduct and evaded prison time. Imbriani was removed from the bench and found guilty of embezzling from his real estate partners. Bissell fled to Laughlin, Nevada, just before he was scheduled to begin his prison term and committed suicide in a hotel room.